Showing posts from May, 2011
Show All

A bit of a Spring Clean

May 27, 2011
As regulars will have noted I'm having a bit of a spring clean of the blog layout - new title, template etc. Feedback and reports of weirdness welcome - contact me here .
Post a Comment
Read more

A note on electronic agile tools 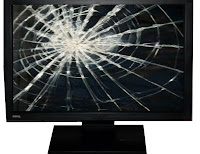 It’s always a bit of a shock when you get unexpected feedback, especially from someone who you have known for a while. It happened to me quite recently with a conversation that went something like this: Friend : “ You’re dead against agile tools, aren’t you? ”  Me (confused): “ Erm...not exactly.... ”  Friend : “ But didn’t you persuade several teams in < major co > to throw out < agile tool vendor > the other year? ”  Me : “ Not me. The team simply decided that the tools were not providing value to the way they worked... ” However, thinking back I think I can see how some people have formed the misconception that I think agile tools are Satan’s Spawn, and should be eradicated at every opportunity in favour of a simple pen, 5x3 cards and at a push an Excel spreadsheet. Reality, as always, is a little different.... My view is that many teams prematurely select an “agile tool” before they know what they need. Teams (and departments, and companies) are like k
Post a Comment
Read more
More posts