Showing posts from June, 2011
Show All 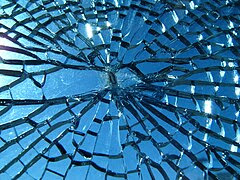 By now we should all be aware of the "broken window effect", not least because there is now concrete evidence that it exists. As a reminder, the "broken window effect" is that subtle, damaging change in attitude that causes perfectly normal, law abiding, sane people to break social norms if they see others doing the same thing. People are more likely to litter an untidy, graffitied street than a clean one. They are more likely to damage a car that has already been damaged. And they are more likely to write badly structured code and cut corners in a codebase if there is evidence of others doing the same thing. But I think there is an insidious, darker side to this. Accepting broken windows for too long desensitises and deskills your team . What happens is this. The bad behaviours that happen due to being surrounded by the broken windows - broken builds, releasing untested code, mend-and-make-do workstations and so on - become the new social norms. People get used
Post a comment
Read more
More posts